The botanical garden is the place for the classification of plants. This approach to the universe dates back to the Renaissance. Between humanism and universalism, botanical gardens offer knowledge of the plant world and fulfill a conservation mission.

The birth of the Botanical Gardens

The herbaceous gardens of the Middle Ages with collections of medicinal plants were already fields of experience and research for the monks. The first classifications of plants cultivated at the time allowed the beginnings of the nomenclature put in place later.

During the Renaissance, new plants introduced to Europe through the discovery of other countries by navigators and trade caravans became a real subject of study in universities. The invention of the botanical garden was thus made at this time thanks to the universities, first in Italy in Padua (1543) then in Pisa and Florence (1545), and finally in Bologna (1568). The latter, open to visitors from its creation, reflected the great interest shown by the public in these plants from elsewhere. In France, the first botanical garden attached to a university was that of Montpellier in 1593.
Its great fame continued for centuries as its collections were, and still are today, very important. In 1619, another large garden was created in Strasbourg, then in 1635 the Jardin des Plantes was created in Paris. It was in the botanical garden of Amsterdam that Carl von Linné perfected in the 18th century his system of classification of plants, of which we have retained the principle of identifying plants by two names, one of a genus and the other of species.

Imposing Royal Botanic Gardens were also founded until the end of the 19th century, such as Kew in England, and many cities in Europe and America still have their botanical gardens today.

The style of the Botanical Gardens

The botanical gardens have in common the way in which the plantations are organized: in fact, to better classify them and present them by families, the trees, shrubs and plants were arranged in regular planks in a straight line or in an arc, separated by sandy alleys.

The result was gardens with a very orderly plan. But the trees and shrubs that were planted little by little took on volume and softened this harsh landscape. Plant labeling was also systematic, so that visitors and botanists could recognize each species. It still persists today, so you can easily learn about each plant by walking the aisles.

The “Botanical Routes”, derived from the Botanical Gardens

Derived from these large gardens bringing together an often exotic flora, botanical routes have more recently been set up within certain French parks and gardens such as La Bambouseraie de Prafrance, the Ephrussi de Rothschild garden, Villandry and Eyrignac, in order to allow better knowledge of the plant heritage present in these places.
Each remarkable plant is again listed and marked with a label indicating its Latin name and common name. Free or guided visit, these routes are an essential complement to the aesthetic appreciation of these gardens. 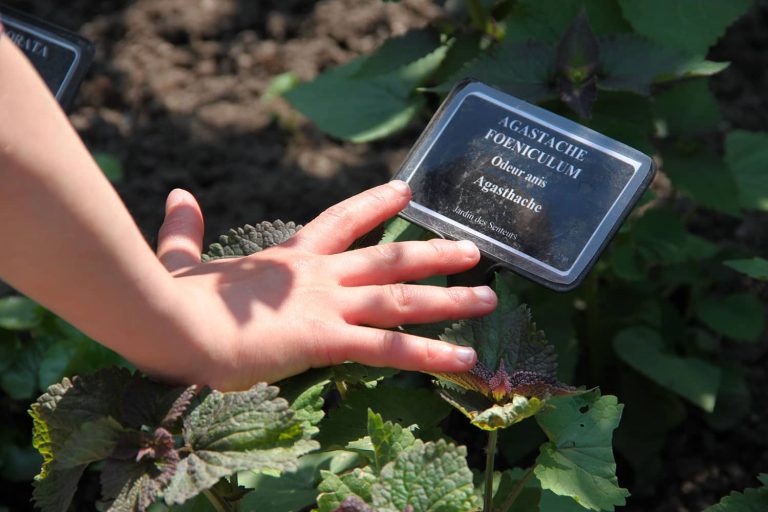